An exhibition of paint manufacturers colour card skin coloured named paint plinth-sculptures; soft sculptures; magazine mood board collages; video and a print commission: Save Southend-on-Sea Central Library, (2009); in 2009 the Brutalist library library building was due to be demolished, and though it has now been saved (relaunched as a serviced office building called The Hive), both library & gallery were relocated to the ‘Education Quarter’ as part of Southend’s regeneration in 2013 into a purpose built building. See ‘BOGOF‘ in the exhibition ‘The Peculiar People‘ at Focal Point Gallery in 2016.

Focal Point Gallery PR:
“‘Savoir Faire’ will be Milly Thompson’s first regional solo exhibition in the UK. Thompson has gained a reputation for a self-deprecating approach to her work, and for a more formal aesthetic than the directly critical approach that she employed while working as a member of the group BANK in London during the 1990s. Interested in aspiration and self-consciousness, the artist’s exhibition for Focal Point Gallery references the culture of Southend and interacts directly with the physical characteristics of the gallery space, which is situated on the second floor of Southend Central Library, a classic example of early 1970s civic Modernist architecture.

If we fast-forward from her project ‘Late Entry’ at Peer in London last year – which dealt with a melancholy rumination on the artist’s late solo emergence after a decade of collaborative work – the current exhibition ‘Savoir Faire’, works with a deliberately more romantic, luxurious, sentimental yet optimistic subject matter. Replete with a set of large plinths, this installation is painted in colours that include a variety of flesh tones. Placed on these supports are works the artist calls Anxiety Knots; soft-shaped sculptures rendered in exotic, brightly coloured sari and kimono silks. The amorphous substances that surround their ends resemble bodily fluids, loose and formless, they give a nod towards the pop-sculptures of Claes Oldenburg, or Jonathan Monk’s recent deflated homage to the virulent work of Jeff Koons.

Another body of work in the exhibition, entitled Dumb, hard, consists of pages taken from the high lifestyle magazine W. Pasted onto each plinth or laid out onto gold lame supports, they intersperse advertisements for luxury goods, designer clothes and jewels in a manner that implies their equivalence: artists’ projects for the publication by, amongst others, John Baldessari, Matthew Barney and Richard Prince, together with articles on Joan Jonas and Martha Rosler.

How then does Thompson’s project aim to address the context of art set within a seaside-town’s library? As the curator and writer Nicholas Cullinan has noted in his essay in the publication that accompanies the exhibition: ‘From images of forbidden fruit from Barbados to a fictitious campaign to save a British local library – what could possibly link two such seeming non-sequiturs?’

Southend-on-Sea Central Library is a small gem amongst the admittedly specialist category of provincial English Brutalist architecture, circa 1970, or, more specifically, as Thompson puts forward in her poster, a pearl before swine. […] This poster is accompanied by a text declaiming the library’s praises: “It is a design classic: Look at its spacious, light-filled atrium – its airy aisles, it’s a place to think and dream; reflect upon its clean Modernist lines – it’s not unlike those we aspire to in this bright, fresh world.” With the building due to be demolished and the site regenerated, Thompson’s project begs the question of who really benefits from such ruthless civic aspiration of amnesia and an “onwards and upwards” mobility. Thompson’s campaign, orchestrated to include the usual groups of the dispossessed and overlooked that seem to be on every worthy cause’s hit list for chasing funding (deprived teenagers, struggling single mothers, marginalised pensioners, [insert platitude here] etcetera, etcetera…), puts this reciprocity of desire and need into similarly stark relief as Dumb, hard. […]’

Cullinan goes on to point out that Focal Point Gallery is funded by Southend Borough Council, the organisation that wants to knock down the library (in which the gallery is contained) and re-site it. Therefore, through her work, the artist criticises the council for the regeneration scheme, and rebukes the local college for trying to take over the town. With each organisation supporting her exhibition, the artist starts to enact a recalcitrant ‘biting the hand that feeds’, and a humorous form of institutional critique; if Thompson’s illusory campaign were successful in saving the current structure, it would stop Focal Point Gallery and Southend Central Library from getting their nice new building. In reality, this installation aims to open up an intelligent dialogue around plans for the ambitious relocation of the library and gallery, and communicates a genuine concern for the well-being of the local community. Through this, perhaps, Thompson points towards a philosophy in which people are more important than buildings.

Milly Thompson will present a series of films connected to her exhibition ‘Savoir Faire’ between 12pm and 2pm on Wednesday 15 July at South East Essex College. This short programme will include Woody Allen’s Interiors(1978), clips from Monty Python’s Flying Circus, and her own short DVD Basking in the melodrama of my own self-consciousness (2008).”

Focal Point Gallery has since relocated.

SAVE SOUTHEND-ON-SEA CENTRAL LIBRARY poster text:
“Central Library, built in 1974, is a challenging Brutalist building with clean, hard lines, softened inside by padded walls, carpeting and books. Through its elegant windows the dreary landscape of Victoria Avenue is softened by trees. The walls of the central service core are clad in ceramic tiles, an abstract design by Fritz Stellar, whose work at Hudderfield’s Queensgate Market is now listed.
Central Library is built of concrete in the tradition of many urban libraries and is related through materials and usage to a distant ancestor, Rome’s Pantheon which was built in 120 BC and still stands today. The Pantheon too was a meeting place, a place for discussion and learning. But, gaze at your library’s spaceious, light filled atrium… it’s airy aisles… it’s a place to think & dream.
Reflect upon it’s clean modernist lines, it’s not unlike those we aspire to in our homes today.
Like the Pantheon, Central Library was designed to perform a specific function; at it’s heart the local community. It’s an adaptable space, and has shown it moves with the times. But it will be demolished in 2013 and relocated within the University as part of Southend’s regeneration. It’s community centered dynamic gone forever.
SAVE SOUTHEND-ON-SEA CENTRAL LIBRARY
SHOULD EVERYTHING LOOK THE SAME, FEEL THE SAME, BE THE SAME – VOTE FOR ORIGINALITY AND FOR THE UNIQUE…” 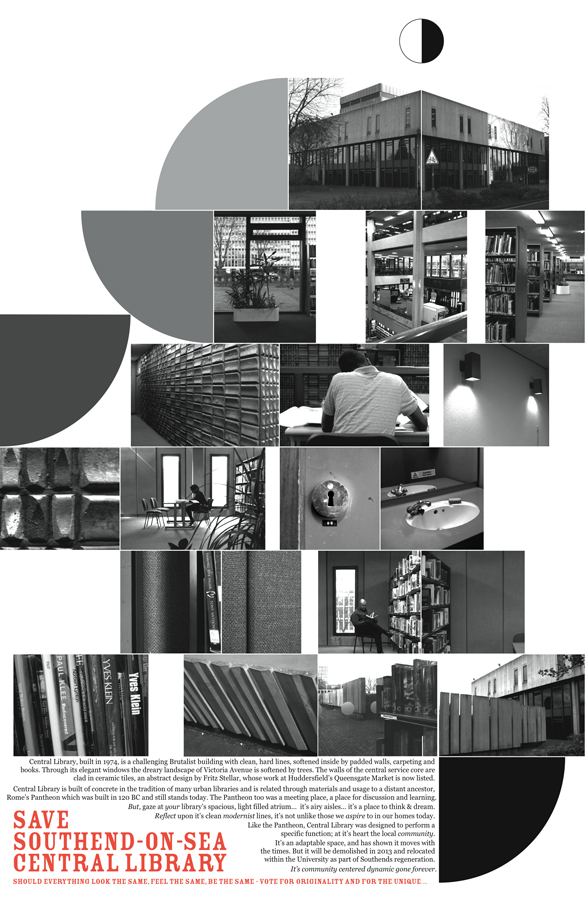 'Save Southend-on-Sea Central Library', 2009 Poster campaign produced for 'Savoir Faire' at Focal Point Gallery, Central Library, 2009. The library was due to be demolished, and though it has now been saved, both library & gallery were relocated to the 'Education Quarter' as part of Southend's regeneration in 2013 (see 'BOGOF'. 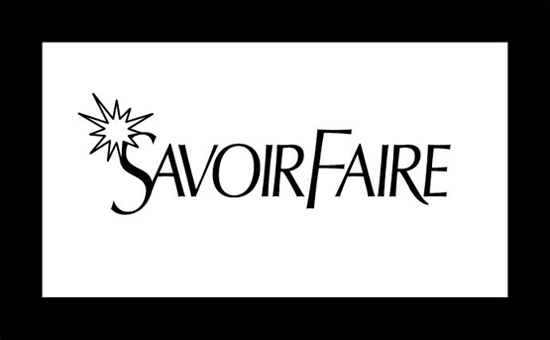 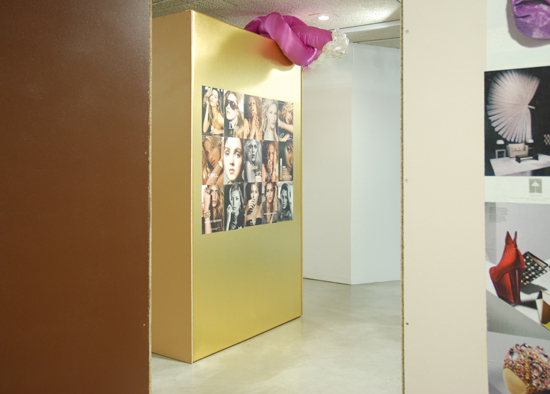 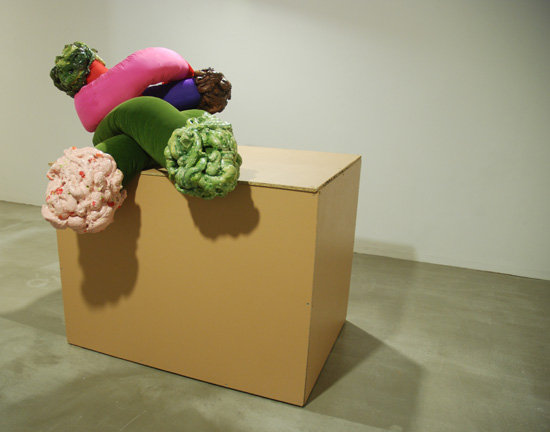 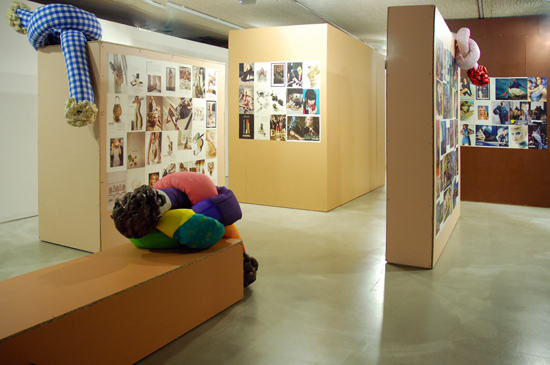 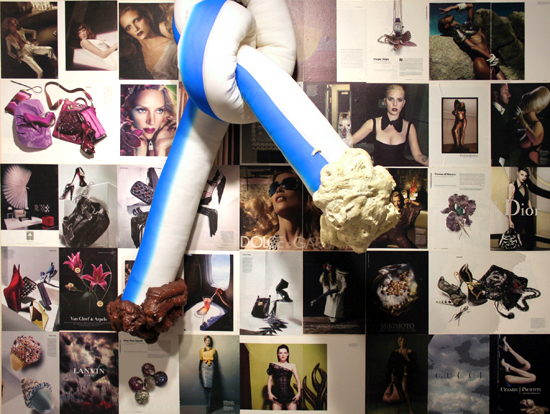 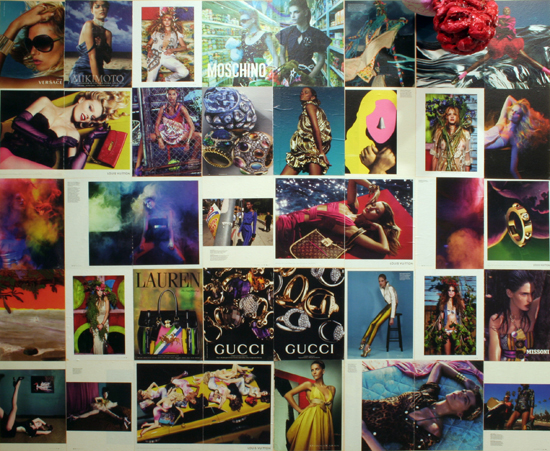 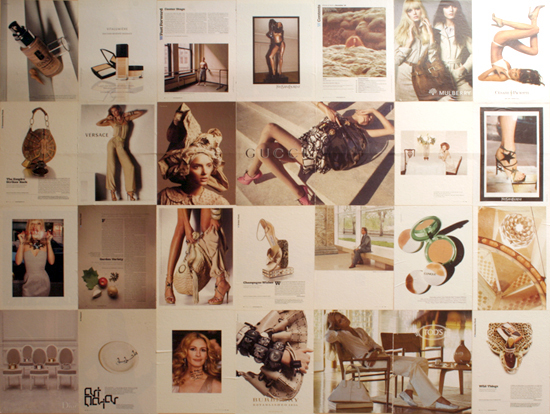 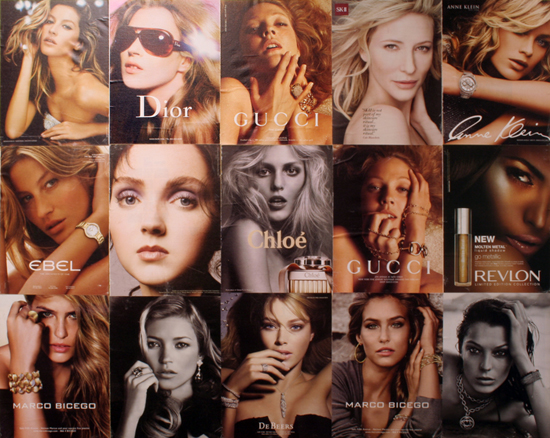 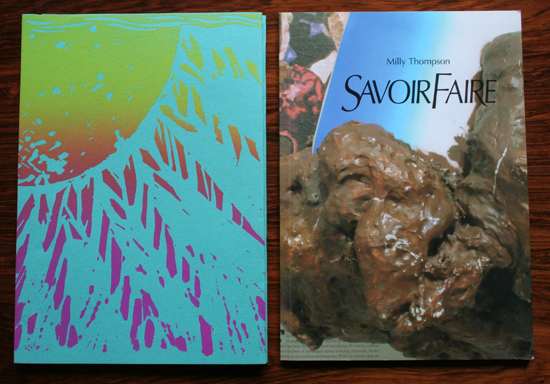 'Savoir Faire' catalogue includes an essay by Nicholas Cullinan and an interview with Milly by Andrew Hunt. Printed in an edition of 500, full colour, sixty-four pages. The first 250 copies were signed and numbered with a hand-printed linocut dust jacket. ISBN 978-1-907185-01-4 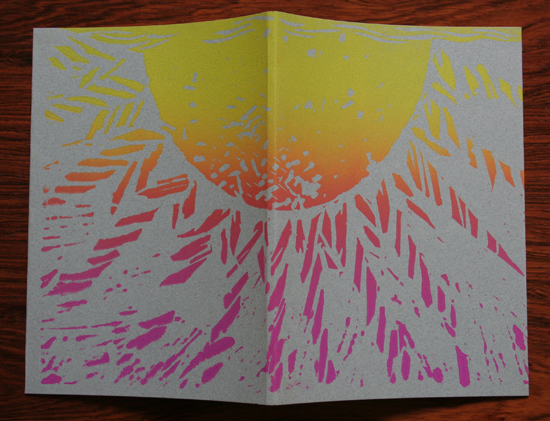 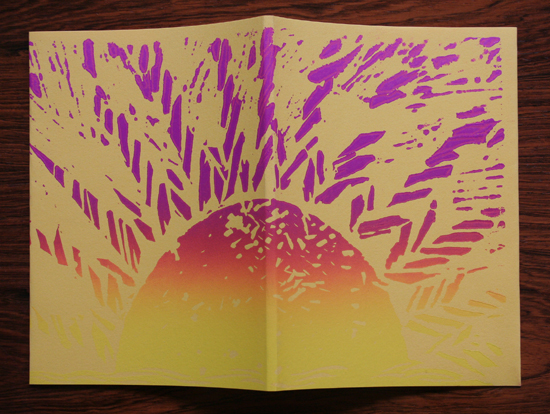 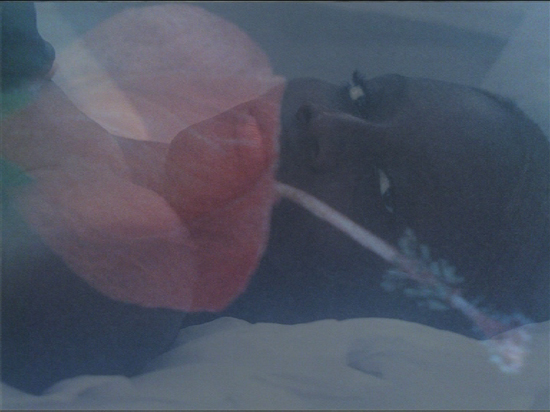 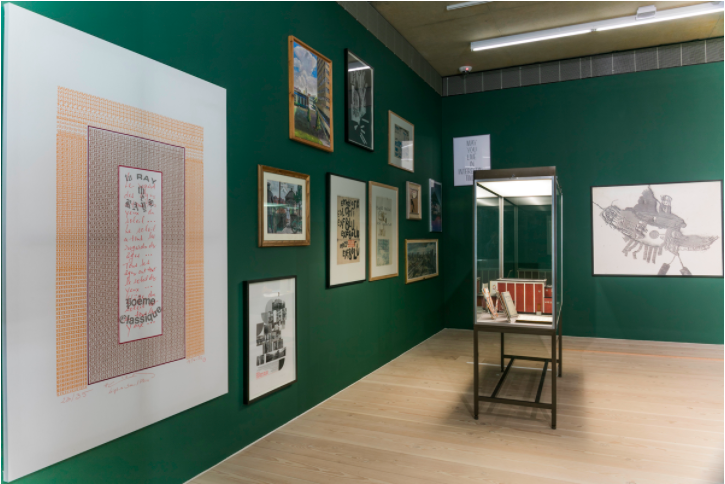