“Freehouse presents a set of paintings by Milly Thompson that look at the under represented subject of female sexuality in what is often termed ‘middle age’. Following on from the exhibition Cougar (2016), these small scale paintings are both personal and political, provocative, clever and joyful. The show follows a day in the life of a central character on holiday, sunbathing, drinking, eating and escaping her day to day existence. Thompson identifies with the character (the invite image is Thompson herself) and sees in her the female artist, teacher and sexual being in a world that focuses women young or safely de-sexualised by age. Thompson’s painting are a celebration, but one with sharp edge and a confident voice.

Thompson (born 1964 UK) teaches at Goldsmith and the RCA and was in artists’ collective BANK from 1994 to 2003, exhibiting at galleries including Tate Modern, ICA and Whitechapel Gallery. Milly Thompson’s solo work has been featured in exhibitions, residencies and commissions at galleries including Peer, Focal Point Gallery, Thomas Dane and South London Gallery. Upcoming exhibitions include Face the Hills/Face the Sea at Timespan, Helmsdale, Scotland and a group show at Sunday Painter, London both 2019.” 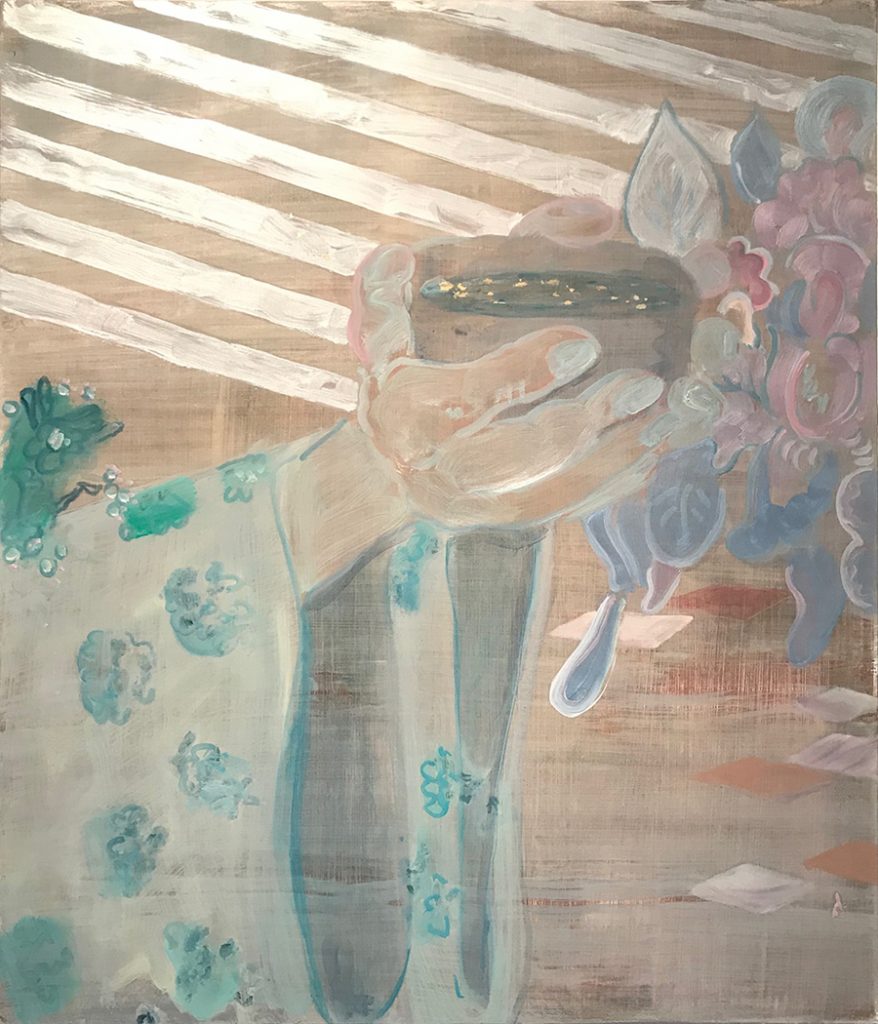 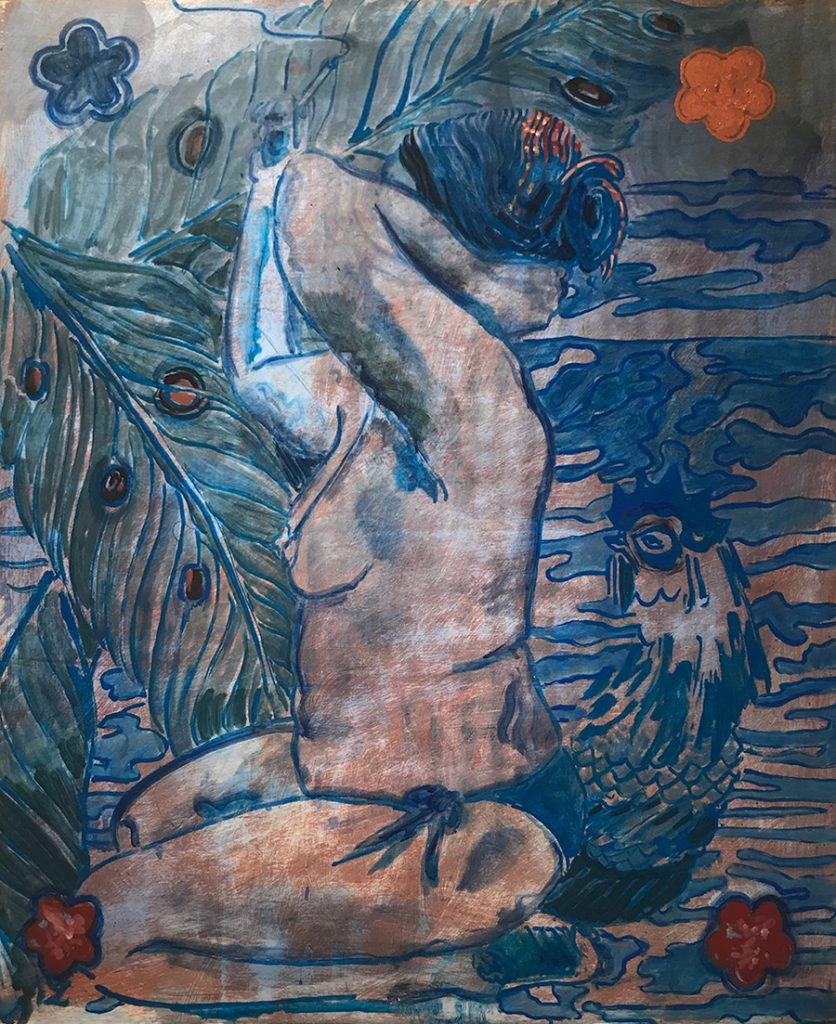 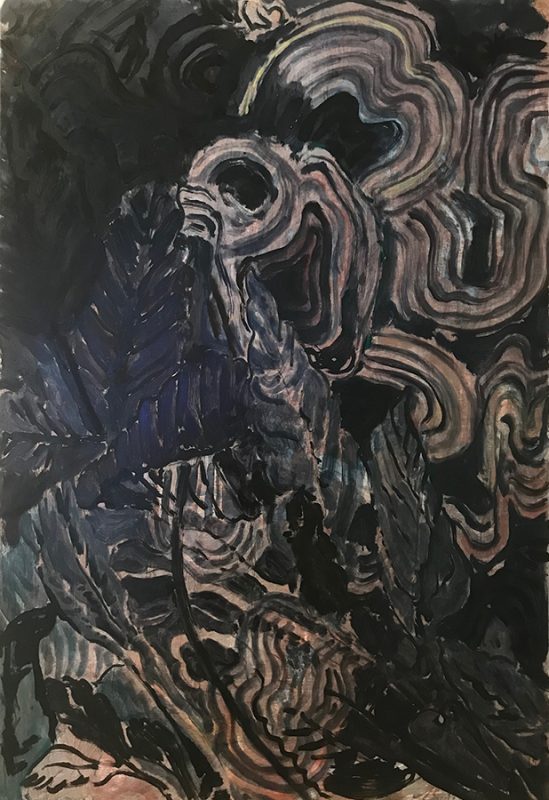 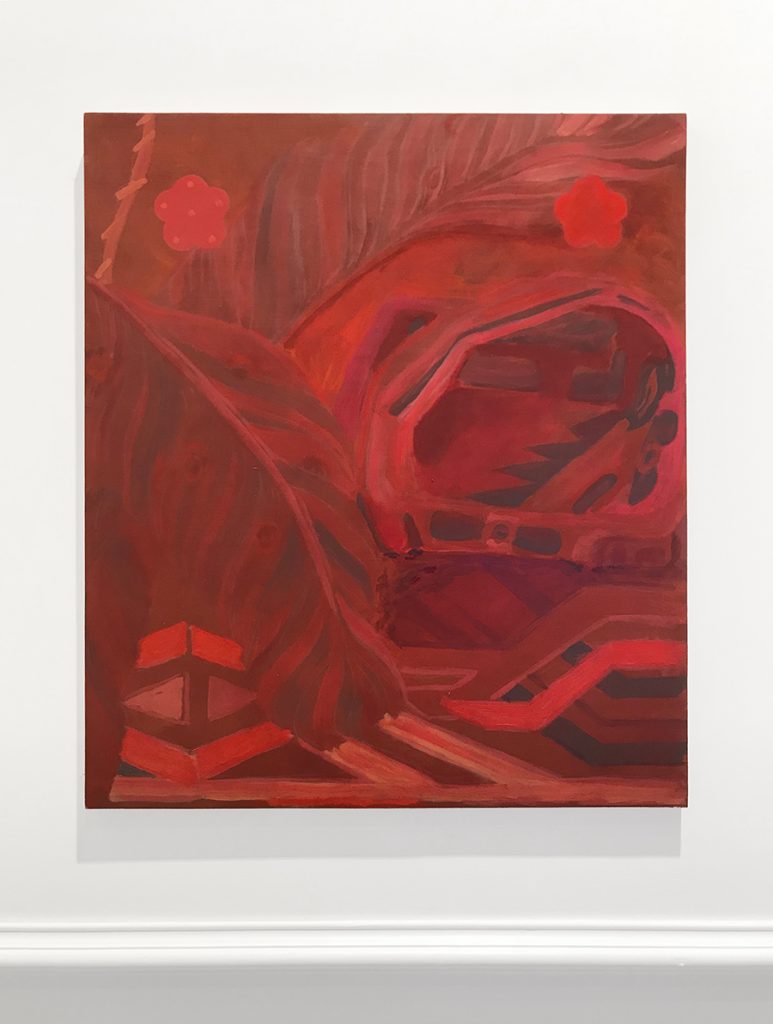 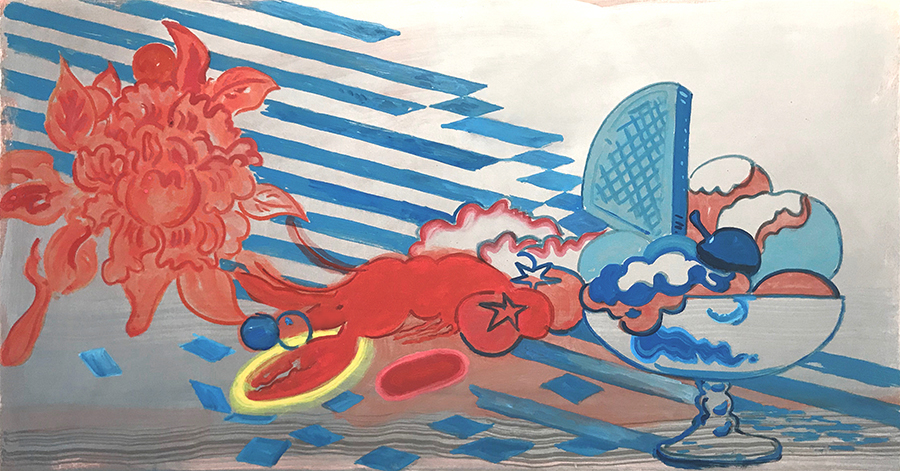 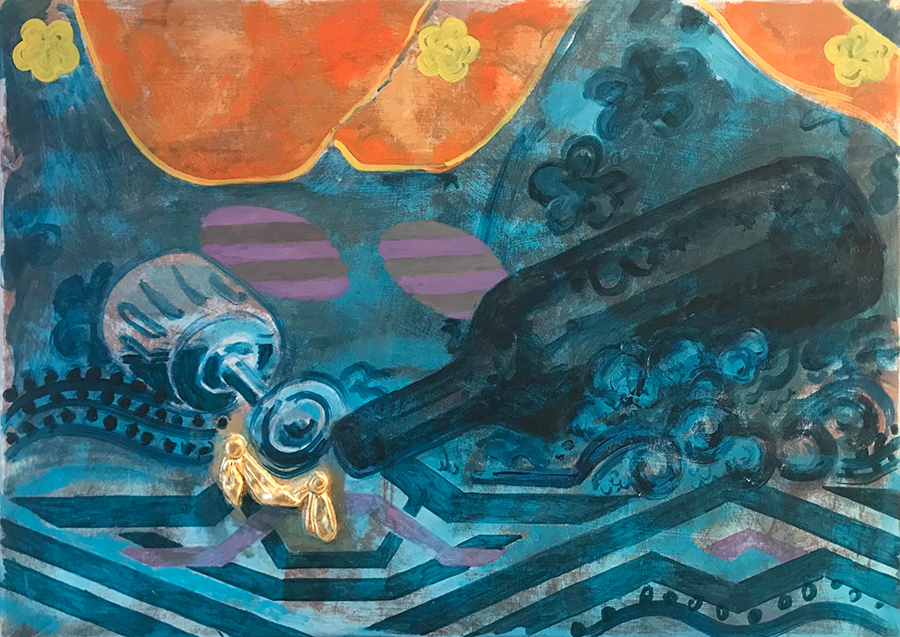 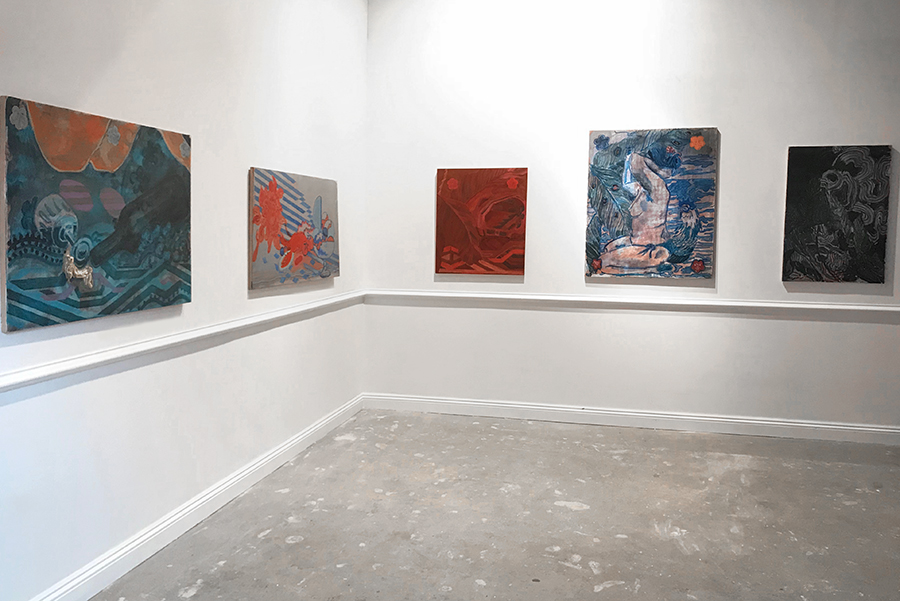 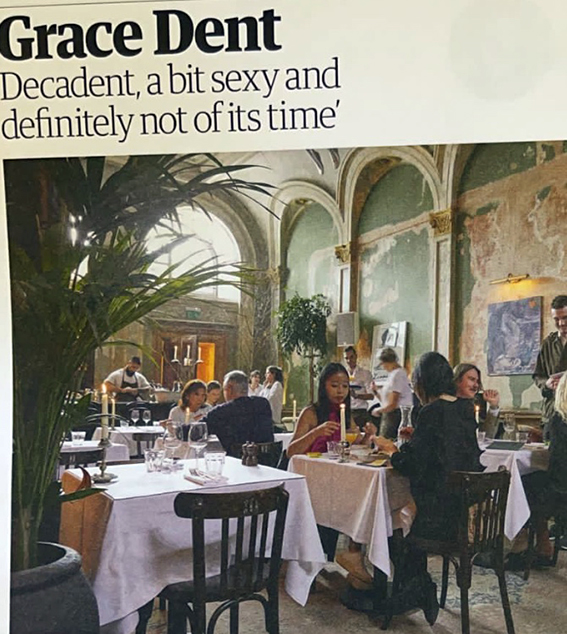