The group exhibition ÉVASION was co-designed with Alison Jones. Also featured was Évasionista, a live sculpture and creation, by Jones and Thompson, and an artists’ publication VUOTO which included documentation and other related works by the artists, and an ‘editors letter’ by Nina Power.

A Symposium with papers from Nicholas Cullinan, Mark Harris, Ian Hunt, Angela McRobbie and Monika Szewczyk was held during the exhibition; an invited panel of speakers addressed the ideas proposed in ÉVASION. The papers are reproduced in C21st RECENT HISTORY, 2016, also co-designed by Alison Jones & Milly Thompson. 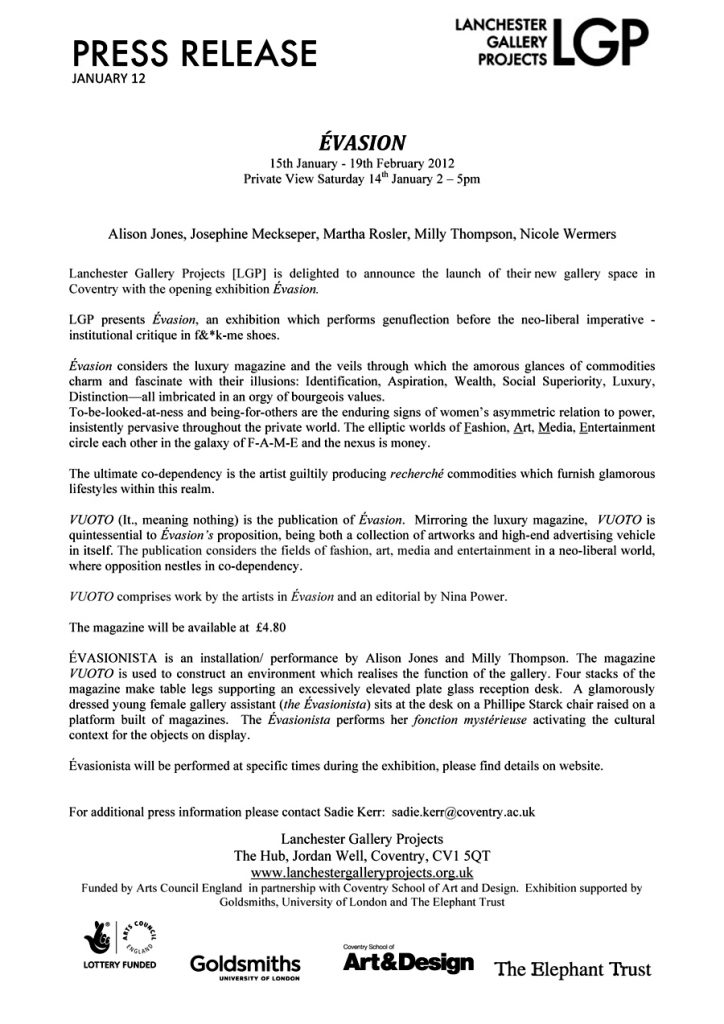 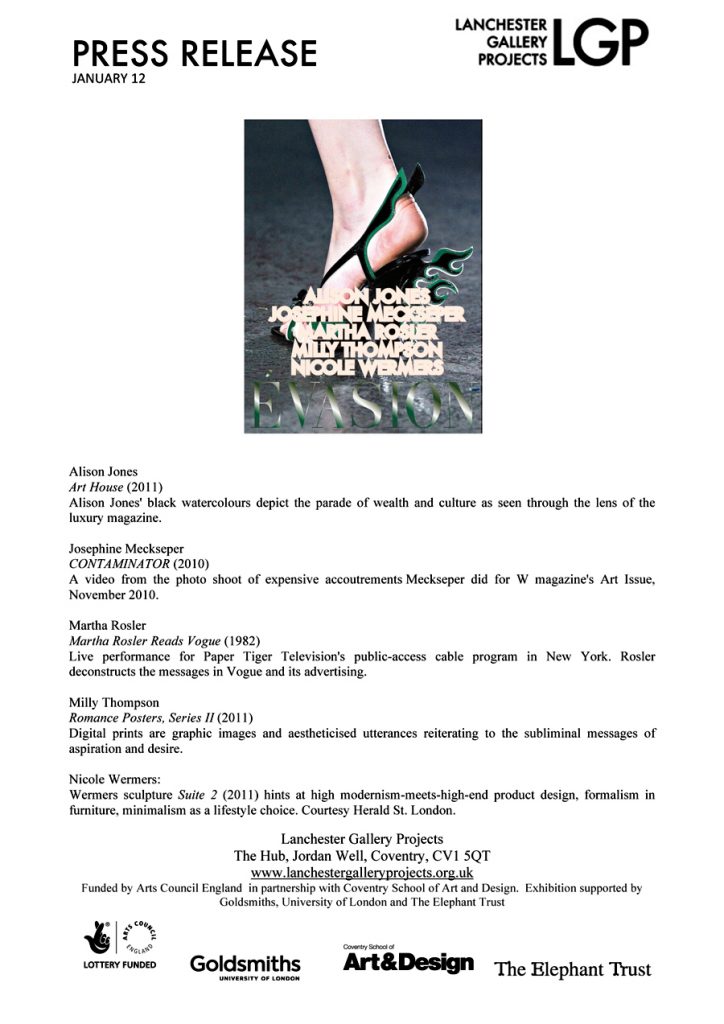 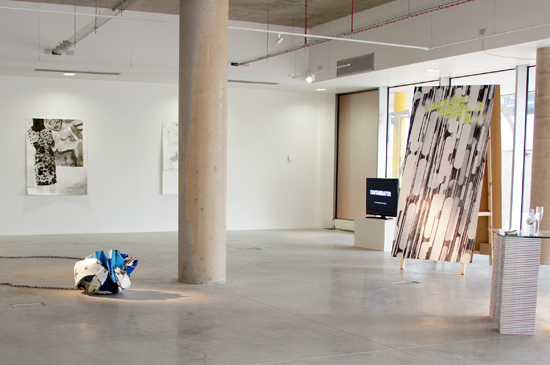 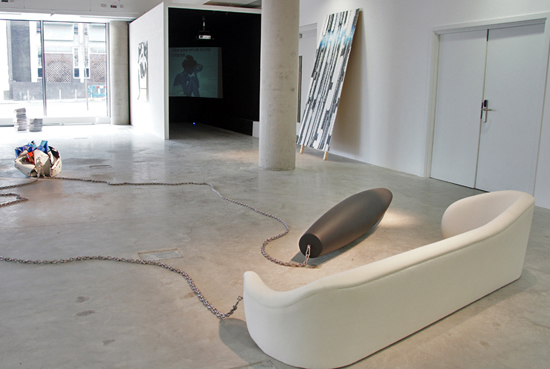 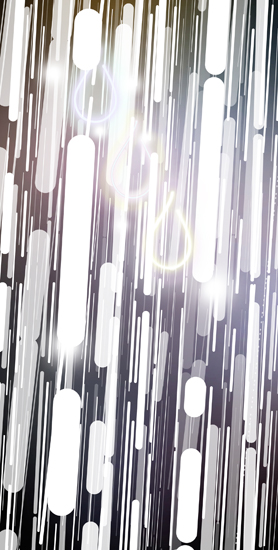 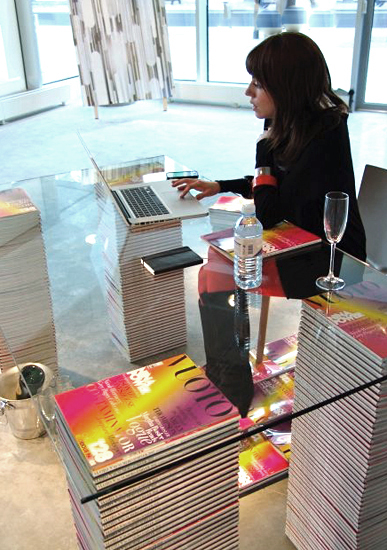 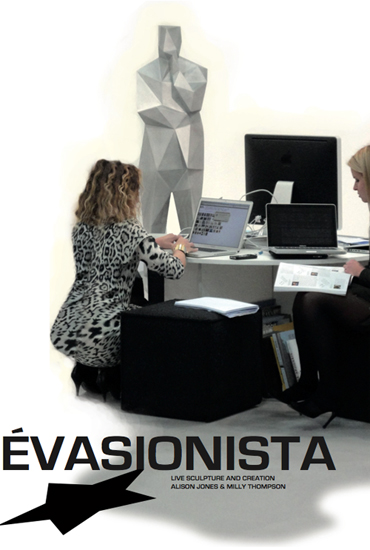 'Advertisement' for 'Évasionista', designed by Milly Thompson & Alison Jones for insertion into 'VUOTO'. 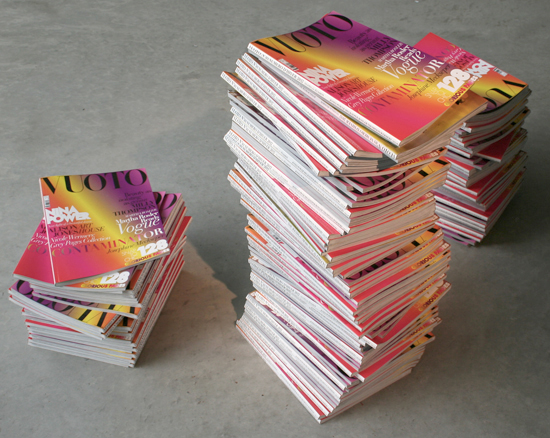 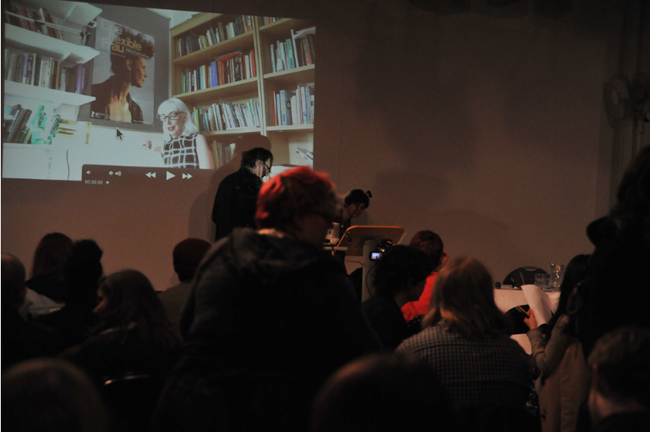