Cougar is a series of paintings depicting older women at their leisure, often on a beach or other hedonistic surroundings. The work reclaims the term ‘cougar’, which has become a derogatory description for sexually predatory older woman. The paintings remind us of the rarity of seeing older women as sexual beings, especially as ‘predatory’. Alongside the paintings, Thompson displayed a poster stating, ‘I Choose Painting’, announcing her decision to seek material pleasures, “In an era of the female artist and her powerful texts, articles, lectures, performance, memes, installation, videos, and internet stuff, I choose painting”.

‘I choose painting‘, provides the context for a series of luscious, sensual paintings of middle-aged women.
Pictured with their eyes closed or turned towards the sea and sand, they appear entirely self-contained and satisfied in their own company. The paintings were designed to evoke references to the female nude in art history, for example the Mediterranean blues and swirly bold brushstrokes of Henri Matisse the lush island exoticism of Paul Gauguin. However, Thompson’s paintings are female fantasies and women do not offer themselves up to be consumed as delectable objects for the male gaze but rather are depicted as lusty consumers themselves. Food and drink are abundant in the paintings: wine, coffee, lobsters, mussels, various fruit and a sorbet. 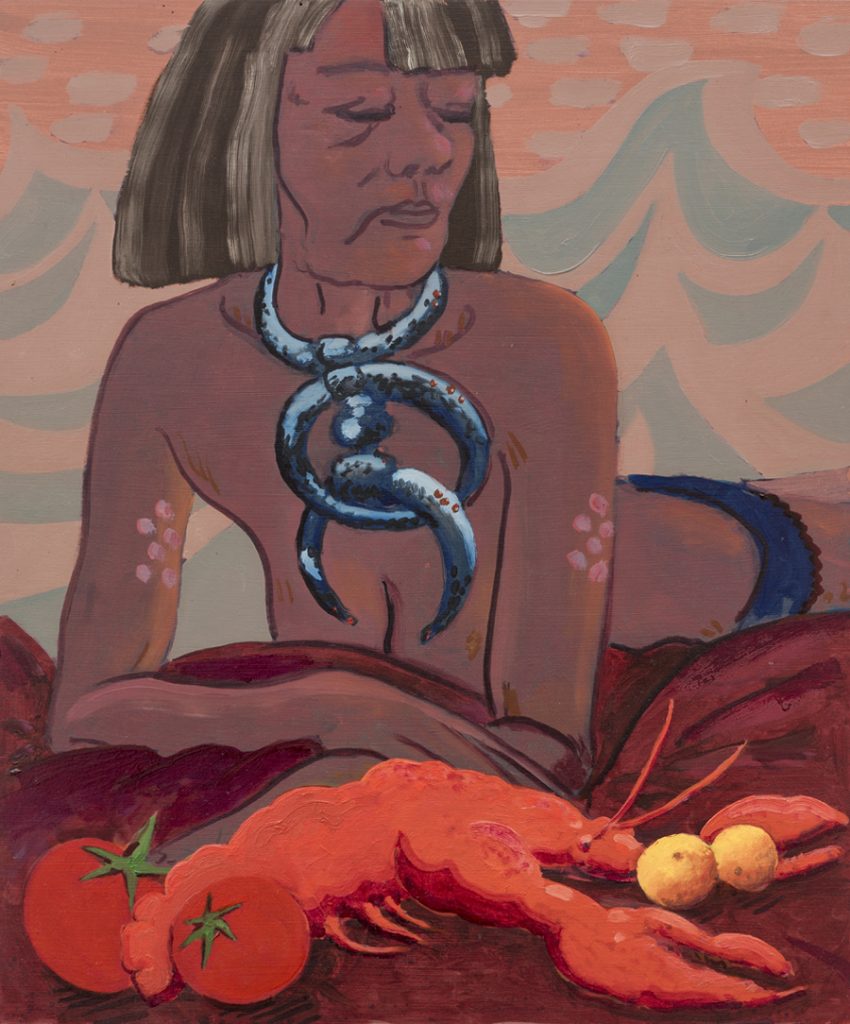 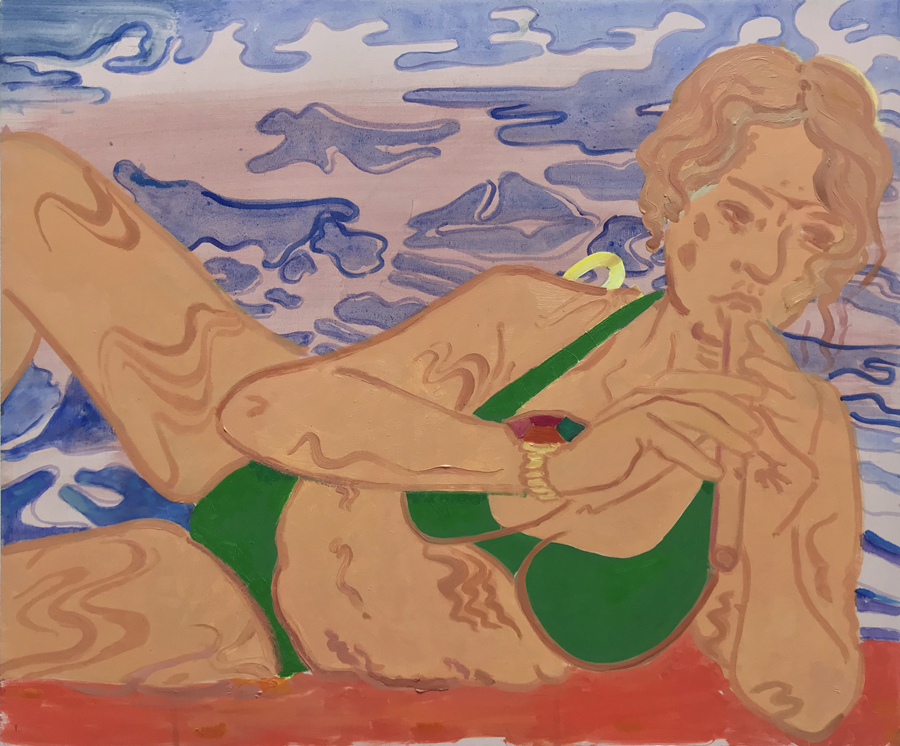 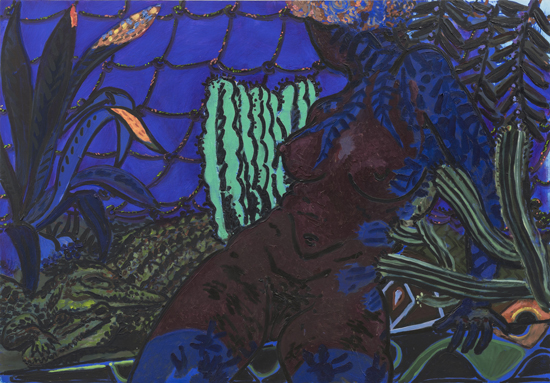 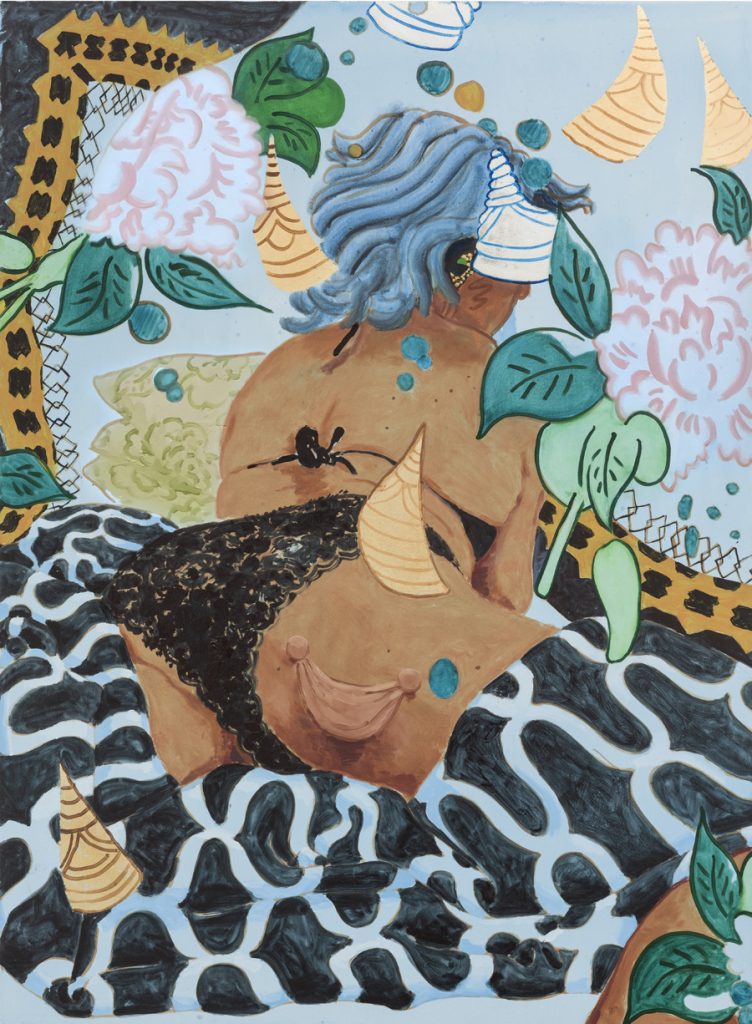 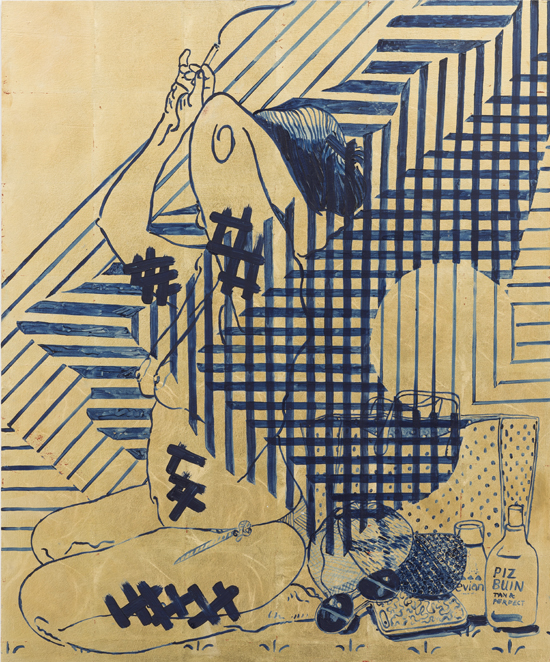 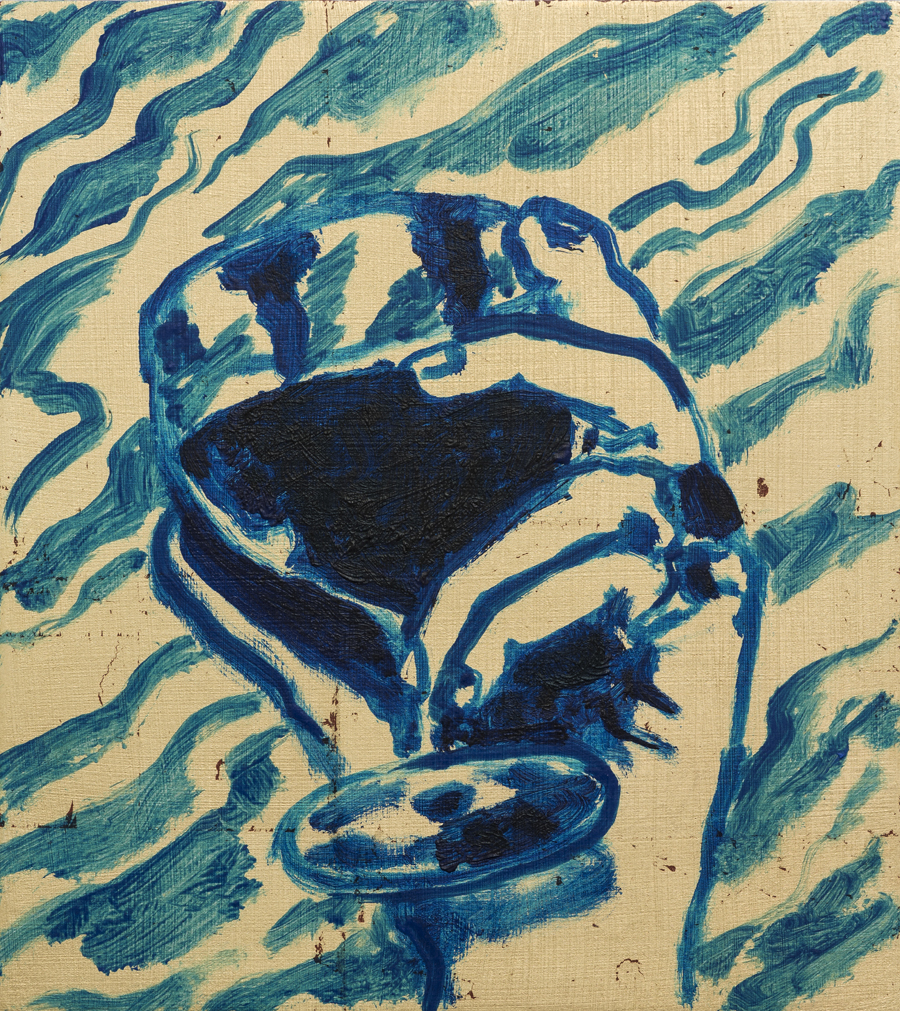 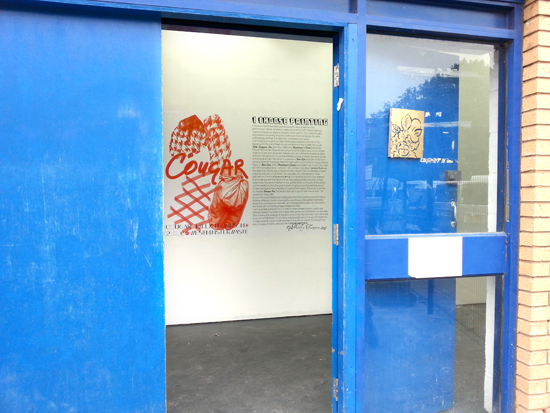 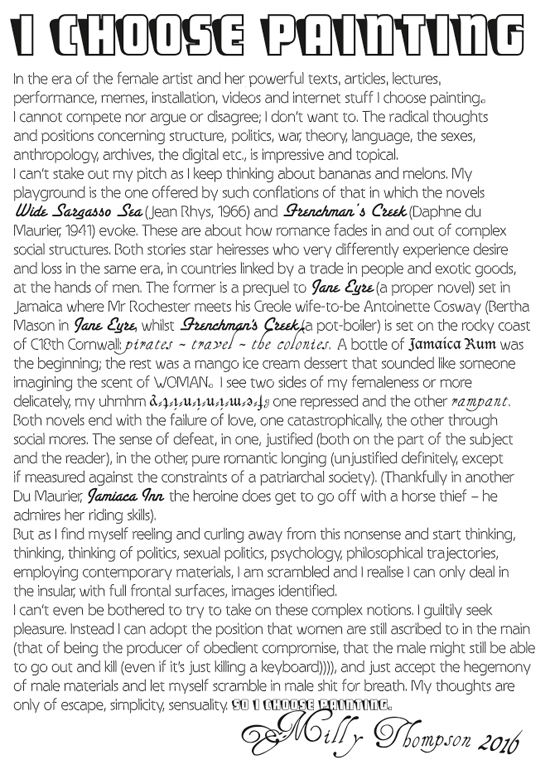 I Choose Painting, 2016, Inkjet print on archival proofing paper, A0 or A4 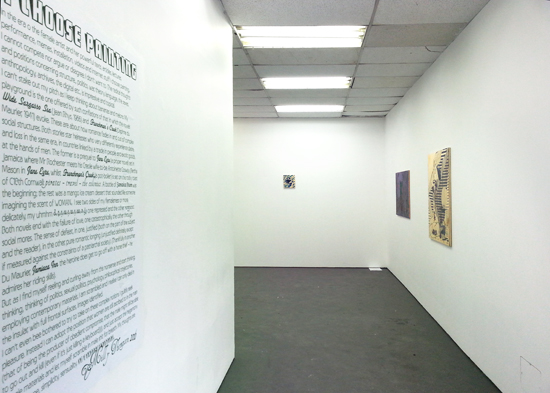 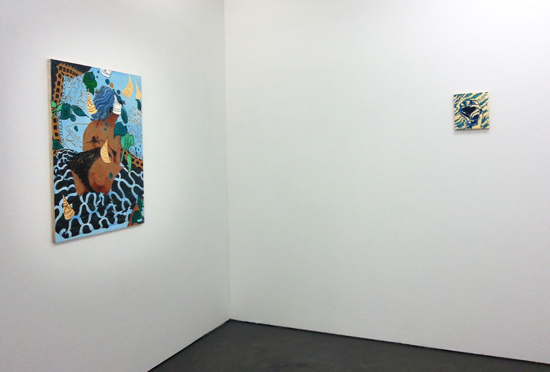 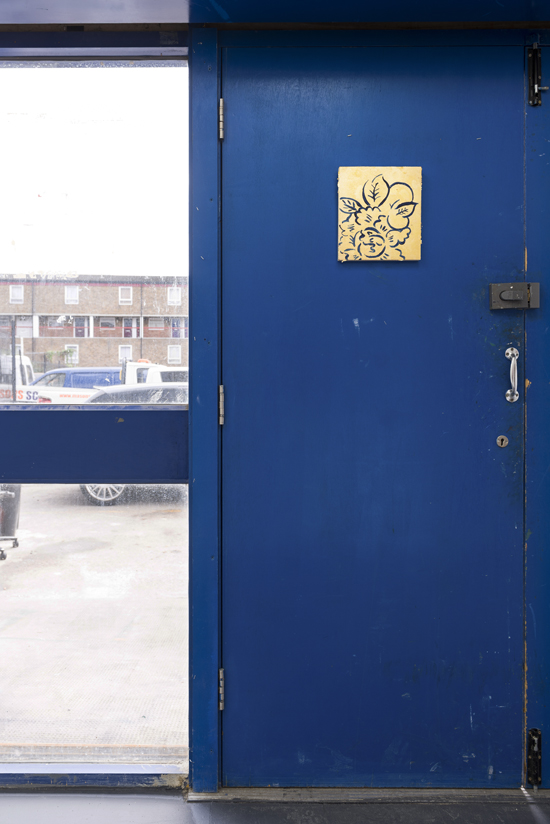 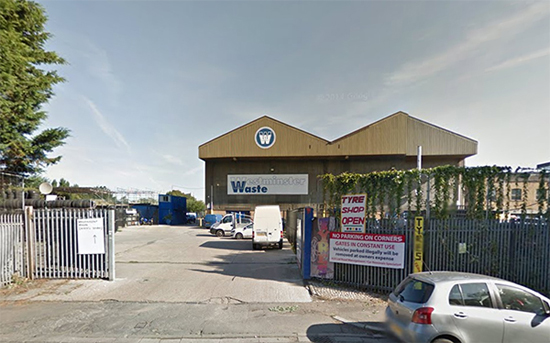 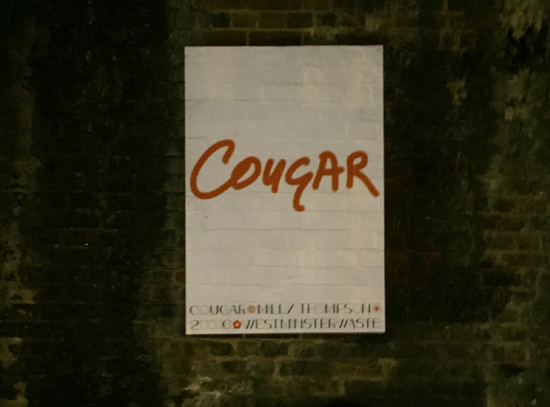 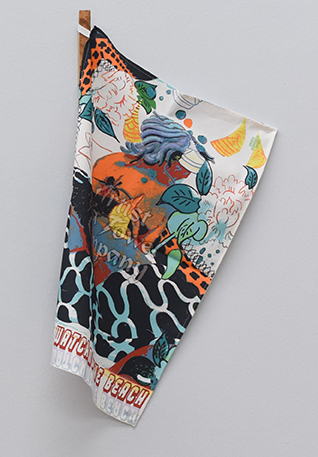