Two ClearChannel adboard residencies in Coventry and London as part of the ongoing collaboration between Alison Jones and Milly Thompson.

C21st ART-WORKER was commissioned by Lanchester Gallery Projects (LPG). The work was initially displayed on Coventry city centre Clear Channel adboards from 25 September – 20 October, 2013. One of LPG’s ‘Best for Most Residency’s, “Alison Jones and Milly Thompson were LGP’s Autumn Artists-in-Residents, continuing the long-standing discussion and project that erupts every now and again for an altered re-iteration and re-thinking. For this they produced a ‘poster’, a photomontage which considers gendered labour set against the backdrop of the C21st art world.”
C21st ART-WORKER, Alison Jones & Milly Thompson

See links for the other projects. 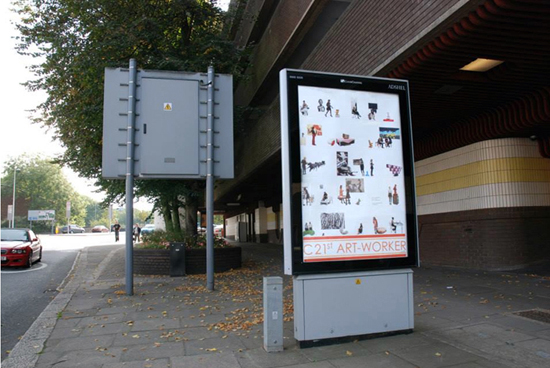 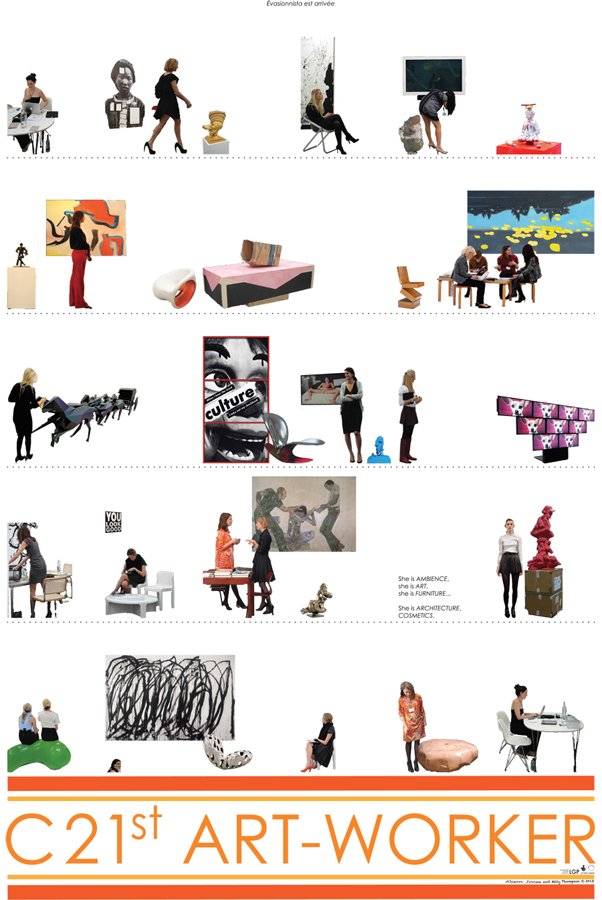 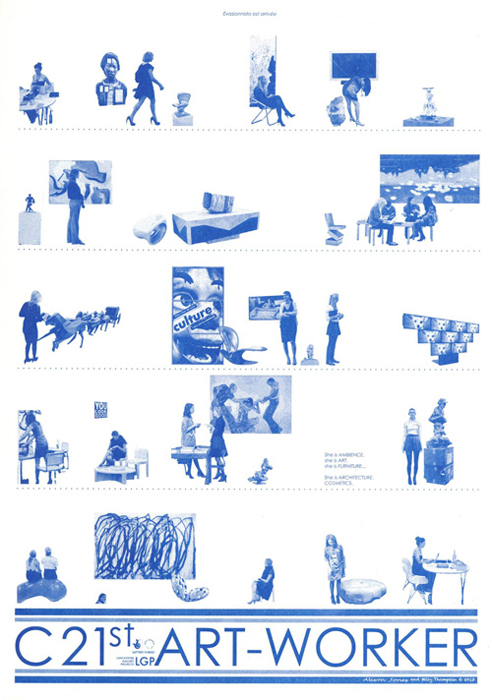 C21st ART-WORKER, riso, 29.7 x 42cm, 2013. A stack of mass produced A3 riso prints, in navy, was available as a free carry-out from the LGP gallery in association with the exhibition 'Stolen planks from under the bourgeois phalanx' (see link).