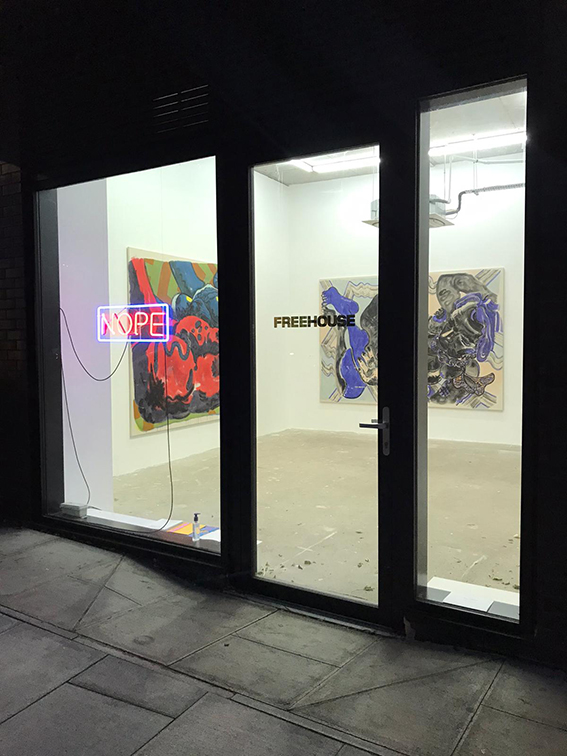 4 NEW PAINTINGS features work from an ongoing series of paintings of middle-aged women ageing well and behaving badly. In the paintings they sprawl around pools and beaches with little interest in the social convention deeming them invisible. These muses are characterised by the archaic notion of a ‘social menace’ but they glorify in that rather than feeling paralysed by its miserable connotations. Older women are in the main overlooked by culture and the marketing industry and the focus on this group (Thompson’s own demographic) is preposterous considering its invisibility. But these women pose carelessly and wear radical perfumes such as ‘Mutiny’ by Maison Margiela, or ‘Lord of Misrule’ by Lush. They wear old pants on the beach. They wear cheap statement jewellery and they don’t shave their armpits, or wax their bikini lines. They laugh loudly and don’t let the menopause shove them into a corner. They use folklore and stories as guidance, embrace herbal and alternative medicines, and they invest in their friendships. They are counterpoised with images of stylised arrangements of plants, domestic objects, food and accessories which both mirror and contextualise the poise of these female subjects. Titles embroider the paintings with meaning, and employ a stylised lexicon of imagery to extend ideas of fashion and design, again not often associated with older women, celebrating age spots, cellulite, stretch marks and wrinkles.

Read about the show in Christabel Stewart’s text for project.credit: Deep Vogueing at Freehouse 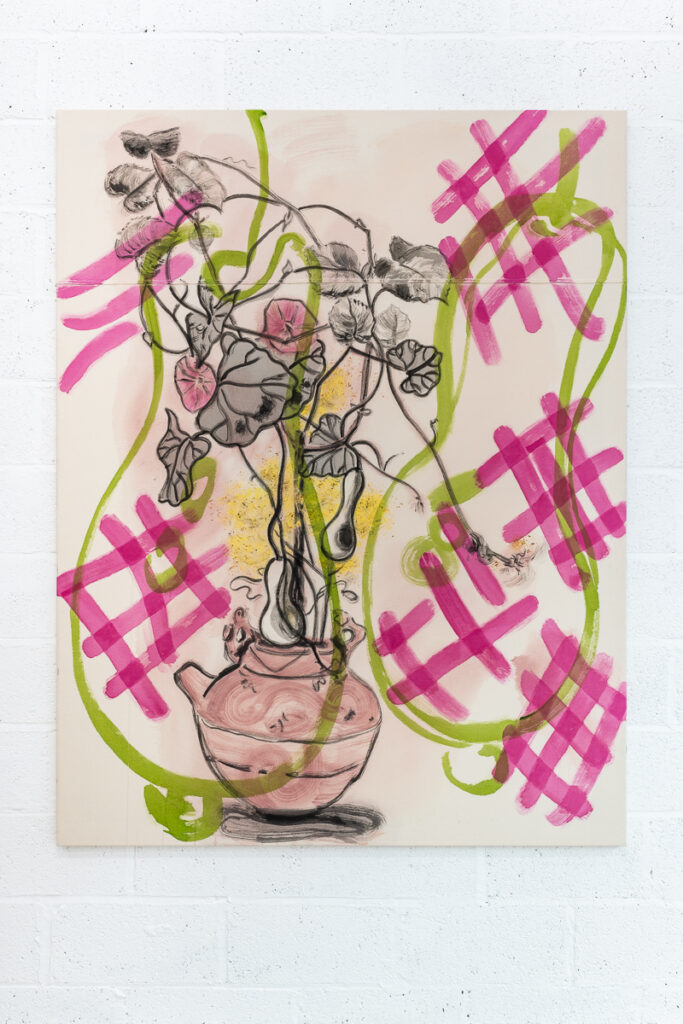 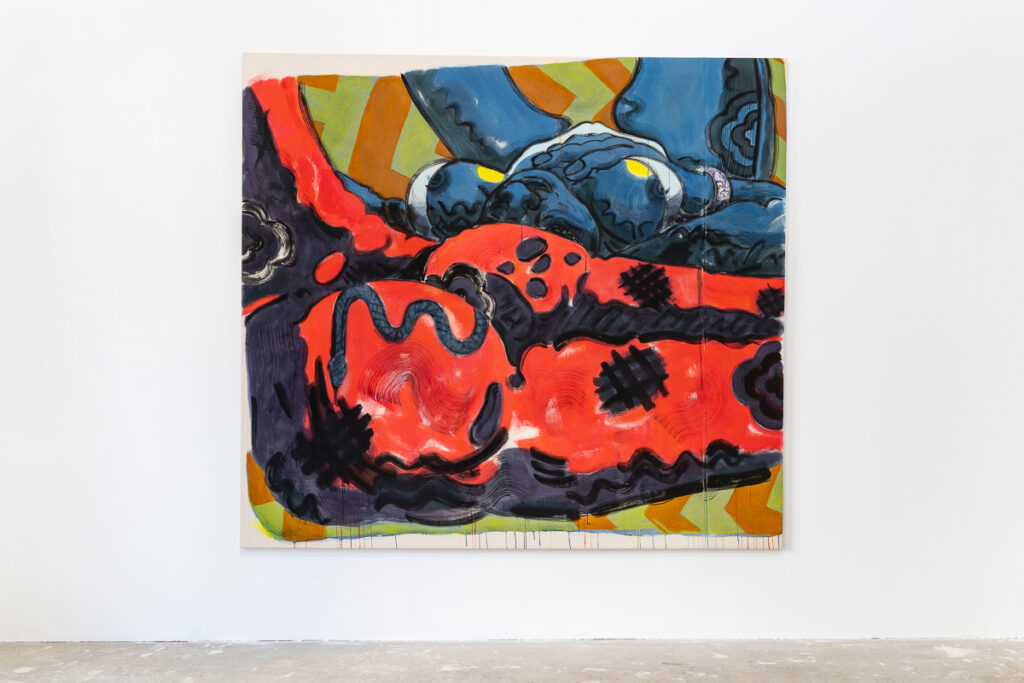 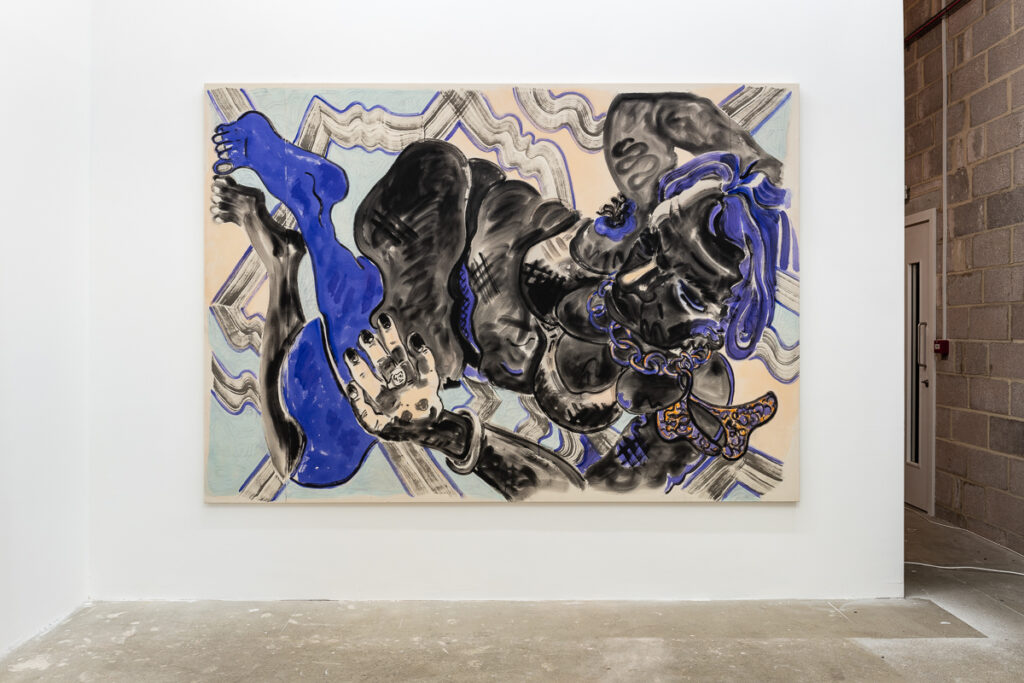 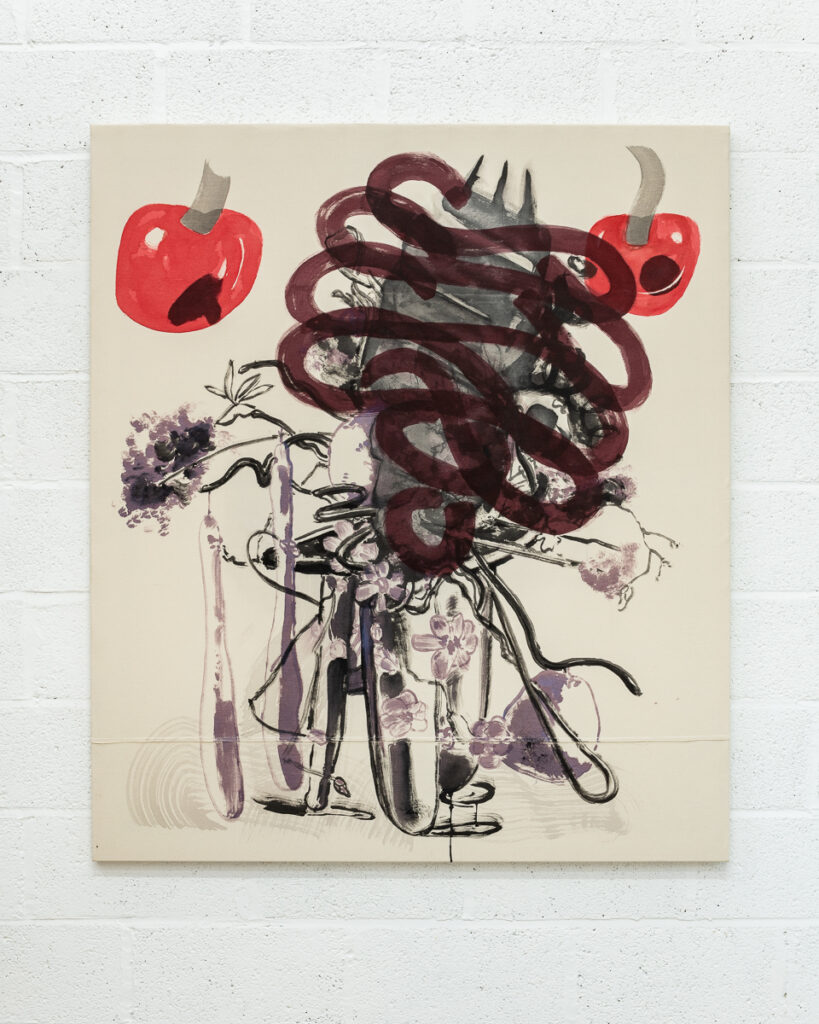